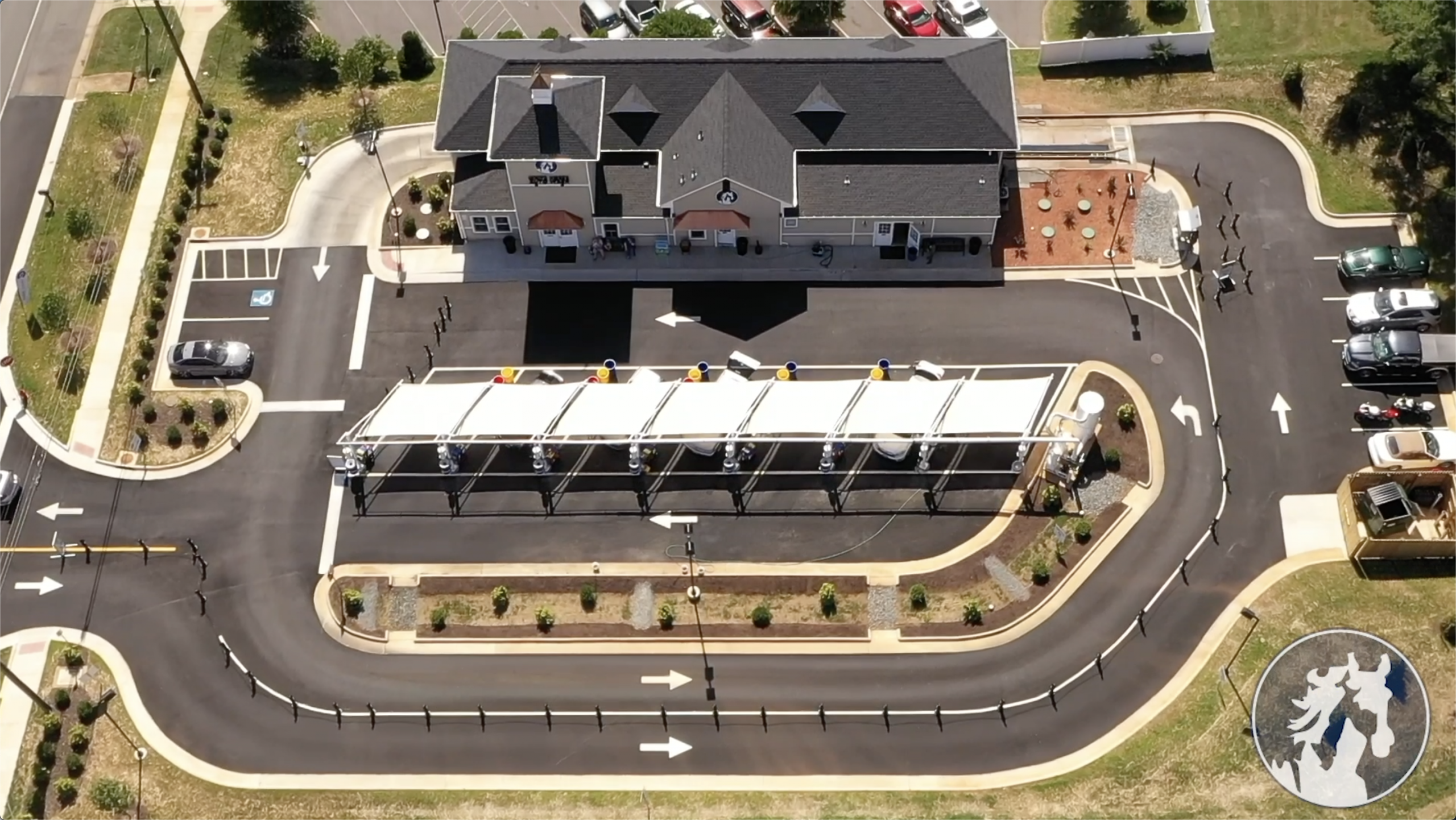 We focus on giving every customer a mini-detail at a reasonable price.

White Horse is run by the Rust family. We feature an equestrian theme that is meant to complement the rich history and culture of Virginia. The name “White Horse” comes from a fishing rock on the east side of the Shenandoah River. The rock earned its name because when the water level rises the water rushing over the rock looks like white horses in full stride. Rust family legend states that John W. Rust pushed the rock into the river off a nearby mountain. Once you see the rock, you’ll know it’s only a legend!

In the lobby of the company’s first location in Warrenton sits the Warrenton Riding Cup, circa 1776. The cup is thought to be a predecessor to the Gold Cup, held in Warrenton each year. The Cup was won by a relative of the Rust family during a steeple chase. Along side is an original newspaper article from the local Warrenton newspaper, The Solid South. The article describes the race and the trophy is a prized possession of the family.

We believe in being good stewards of the land and our position in the community. Using a commercial car wash is better for the environment than home washing. We recycle our water at all of our locations, treating as much water as possible in a reclamation system. We use low-flow nozzles whenever possible to reduce water consumption. Our chemicals are biodegradable and exceed current EPA standards. Before building our Warrenton location, we auctioned a significant portion of the previous building’s components to allow others to reuse the material rather than simply putting the remains in our landfills!

We understand that we are a conduit for many young people in the community. Our managers focus on training, life lessons, and many other skills that apply outside of the car wash industry. Many of our employees have moved up our ladder to gain more and more responsibility. Others have moved on to other passions, which we encourage and support. If interested in joining our team, please fill out an application online or go directly to the car wash to speak with the Manager on duty.